Hey peeps! Right now I have a cover story in both Popular Science (February) and Bust (Feb/March) magazines! Check out pages 48 and 50 of Popular Science and page 60 of Bust. Also, I used my famous raptor head picture as my author photo in the latter, and that might be my proudest accomplishment of the New Year.
Posted by beckyferreira 1 comments

A frequent hobby of mine is to scroll through National Geographic's online archive of nature photography. Although I typically use this as a method of procrastination, it works better than Facebook, Youtube, blah blah social media stuff, because basking in the glory of nature is a pretty legitimate time-passer. I may not get my newest assignment done, but that's okay, I rejoiced about being born on this amazing planet, in which every fold, nook and curve reveals wonder, life and beauty! It wasn't as if I was watching dick jokes on College Humor! Oh, how I struggle for my own legitimacy.
Anyway, today I found two unique photos of bears, that to me seemed to be telling a very romantic story. Part one: boy bear meets girl bear, boy bear likes girl bear, they hold hands. Part two: Boy bear now a man bear, girl bear now a woman bear, each bear knows the other is their soul mate, man bear proposes to woman bear. 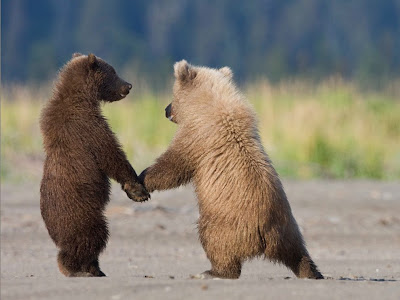 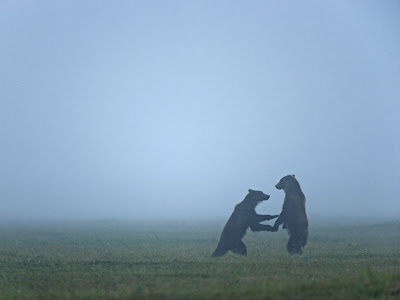 Pretty adorable, right? Just let me anthropomorphize this once.
Posted by beckyferreira 1 comments 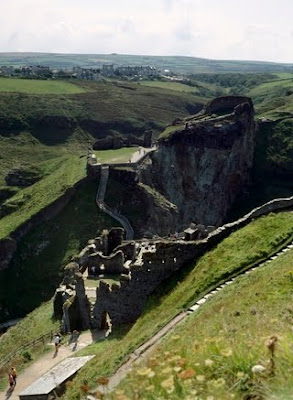 These are the remains of Tintagel Castle, a fortress built in the 12th Century. The site itself, however, is believed to have been a Roman stronghold since the 5th Century. It's most famous for being the supposed birthplace of the legendary King Arthur.
Tomorrow at Seth Lind's awesome story-telling show TOLD: Magic edition, I will tell the story of the vision-quest that led me to this castle when I was 17. I kinda thought we were all supposed to have vision-quests before moving away from our hometowns, but some of my peers were smart and stable enough to dispense with the formalities of confronting maturity and they just bravely went ahead and tucked in to adulthood like it was no big deal.
I have not dispensed with any formalities associated with maturity. I pretty much need a vision-quest for everything.
Tintagel Castle was said to be impenetrable to any army. The fortress is built on a craggy cliffside, and any soldiers who dared attack it risked falling to a bloody death on the rocks below. It was also said to be a place of powerful dark magic, and the notoriously spooky Merlin's Cave gapes ominously below the castle walls. These were considerations FOOLISHLY IGNORED when I broke into it at around 3am on that fateful night in the summer of 2002 and achieved the pinnacle moment of the vision-quest, in all its terrifying, wonderful splendour.
COME HEAR THE FULL STORY TOMORROW - MONDAY, DECEMBER 20TH - ALONG WITH MAGICAL STORIES FROM VETERAN STORYTELLERS!!! There will also be magic tricks! Oh la la. 7pm at Under St. Marks Theatre at 94 St. Marks Place in the East Village. Facebook invite is here! http://www.facebook.com/event.php?eid=176369429054554&index=1
I will also be revealing one of the surefire sentences to get into my pants during this show. May or may not have to do with navigating Sherwood Forest.
Posted by beckyferreira 1 comments 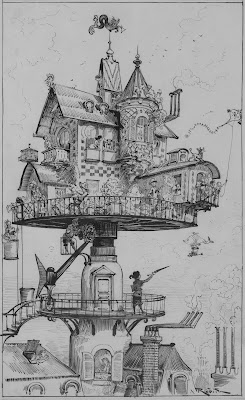 Albert Robida is a retrofuturist's wet dream. Stay tuned for more about him. 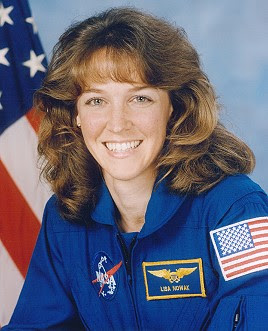 Bust magazine is planning to publish an article I wrote in their December/January issue, and I am so excited. Bust is one of my favourite magazines ever, so come on, pleeeease pick it up when it comes out. I'll be watching all of you that month just as Santa will be.
Since we heard so much about men cheating on their wives this year, the article is a list of the top ten adulteresses of all time. It's getting edits right now; Bust wanted only super-strong, positive women in there, of which I had eight. The two cuts were a pair of sad sacks and a crazy astronaut, and I'm sharing those entries with you below because the main reason I am proud of the article is the space puns. I really went the extra parsec on those.
The edits I got were really good, and this article will now have two new fantastic and fascinating women in addition to the eight that were already hanging out in it. But please say a prayer for my now killed darlings, who were not tough enough to hang around the in-crowd:
Anna Karenina/Madame Bovary: Anna and Emma are conflated here because it’s the same basic story: if you’re married to a nice guy but you have a taste for bad boys, you’re probably going to end up under a train or filled with arsenic. Or at least you will if you’re created by a 19th century moralizing male novelist. Most of the women on this list own their infidelities, but these two let their infidelities own them. I hate to say it, but if you’re going to model yourself after a fictional adulteress, you would do better to be a ditzy, amoral farthead like Daisy Buchanan than either of these two sad sacks. At least then you’re not the one dead by your own hand at the end – your lover is. Much happier ending, right? F. Scott Fitzgerald = Pollyanna.
Lisa Nowak: Astronauts have to endure an insanely rigorous training program in order to become indestructible physically and mentally. Yet NASA somehow neglected to prepare their astronauts for the toughest challenge of all: a broken heart. In 2007, Captain Nowak, an astronaut and flight engineer married to fellow NASA employee Richard Nowak, embarked on a solo mission with the objective of attacking and kidnapping Captain Colleen Shipman, the new girlfriend of her ex-lover Commander William Oefelein. She just wasn’t sensing that same buzz (Aldrin) with Oefelein so she really had no choice but to get (Neil) armstrong with his new girl. Oh yeah, she was also wearing diapers and was armed with a BB gun, pepper spray, rubber tubing, a 2-pound drilling hammer and a 8-inch folding knife, so it’s clear that she was seriously moonstruck. The silver astro-lining? It’s a fair bet that men actually are from Mars, given how desperately Nowak has always wanted to go there.
Posted by beckyferreira 0 comments 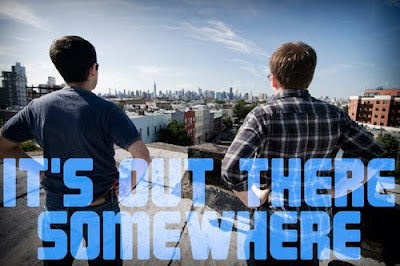 Summer Rules is an awesome tumblr run by my equally awesome friend Lee. This is my all time favourite pic yet, made my belly all warm and such.

Also, it's EXTREMELY unlikely you haven't seen this, but here's an amazing music video called "Fuck Me, Ray Bradbury" by Rachel Bloom that was pumped by Neil Gaiman, Wired, and countless others. I am briefly in it wearing a hell of a sweatervest.
Posted by beckyferreira 0 comments 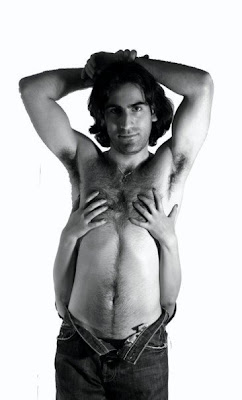 Jason: oh man
gross of me
dont tell anyone im a doosher
I'M NOT A TRUSTWORTHY GCHATTER, JASON!!!
Posted by beckyferreira 9 comments